Mommy and daddy, let me tell you about my life in a stomach! (amazing facts about our babies and more)

Did you know, that a fetus’ weight multiplies by 5 mln times from the fertilization until the birth?

Did you know, that a baby frowns and skews on the 12th week? When it’s 14 weeks old it’s already trying to laugh or express a discontent. At 24 weeks it knows how to be angry, smile or make faces. And if it’s anxious, it sucks a thumb.

Did you know, that a fetus’ acoustic system begins its’ functioning at the 16th week of pregnancy. So at this point it time baby can be frightened by the loud sounds and turns away, when a bright light is falling on a mother’s stomach. Fetus reacts to a rock music, punching actively and gets pleasure when listening to the classic tunes.

Did you know, that even though the fetus is surrounded by waters, its’ still able to percept the smells. It doesn’t inhale them, getting the smells directly by the nasal tissue. Some fishes feel smells the same way.

The water, surrounding the fetus, is filled with all kinds of smells. Should mom eat a pleasant food, the waters smell nice – and vice versa. After the baby is born, mother and child connection is tightened by the smells.

Did you know, that a 14th weeks old fetus is able to feel the taste. That point in time all the mechanisms, responsible for the taste, are already in place. Ultrasonic allows seeing the fetus swallowing the waters. It regulates the swallowing frequency by a tongue depending on their sweet or bitter taste. The waters are some kind of a „buffet” for a fetus, serving all kinds of foods from sweet glucose, salt, soda to its’ own urine. So a baby has to make faces, swallowing the unpleasant waters.

Did you know that through the whole development process a fetus is surrounded by water? It’s nearly as salty as the ocean waters, and its’ not quite a pleasure to drink it.

Did you know, that even a 15 WO fetus actively sucks its thumb, and one can learn if it'll be left or right-handed depending on the choice of the thumb to suck. 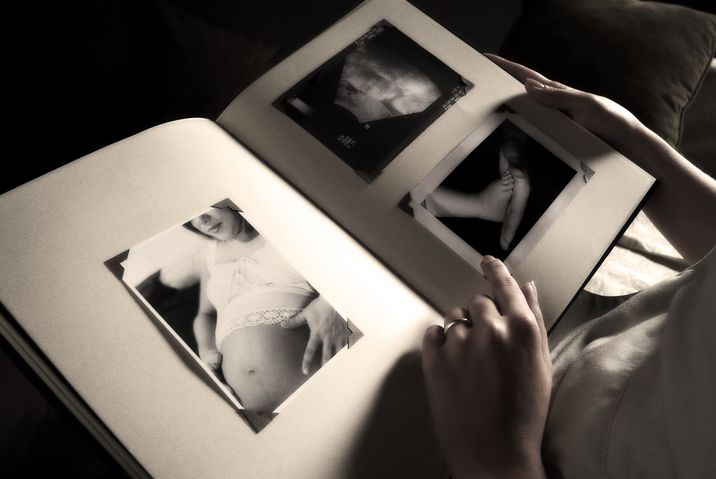 Did you know, that the newborn boys are a bit heavier than girls (by 20 grams average)? The heaviest child ever born weighed 13 kg 150 g. The lightest child ever survived weighed 283 grams.

Did you know that for the unknown reasons dark haired mother give birth sooner, that the blond moms?

Many want to know, why do the babies born without teeth? It reduces the risk of pain during the feeding, allowing a mom to keep nurturing a baby with its’ milk. By the way, one baby from two thousand is born with one teeth. What’s even more amazing, most world leaders, i.e. emperors and dictators were born this way: Julius Caesar, Hannibal, Napoleon, Mussolini and Hitler. Probably the pain caused to a mom during the feeding caused her to reactively negatively, making her loose her love and emotionally (or even physically) deny it.

Did you know, that Australia has the highest artificial insemination rate than any other country?

Did you know, that every fifth living human is Chinese?

Did you know, how many babies could be born by one woman? Every baby girl has around 2 mln egg cells. 300 thousand of them survive until the sexual maturity, which is quite a huge amount. The possible impregnation needs around 450 egg cells only (one time a month from 12 to 50 years average). There was a Russian woman living in XVIII century, who gave birth to 69 babies, 67 out of them survived until the mature age. She delivered 16 twins, 7 triplets and 4 times she gave birth to 4 children at once. Now that’s what you call a real fertility! 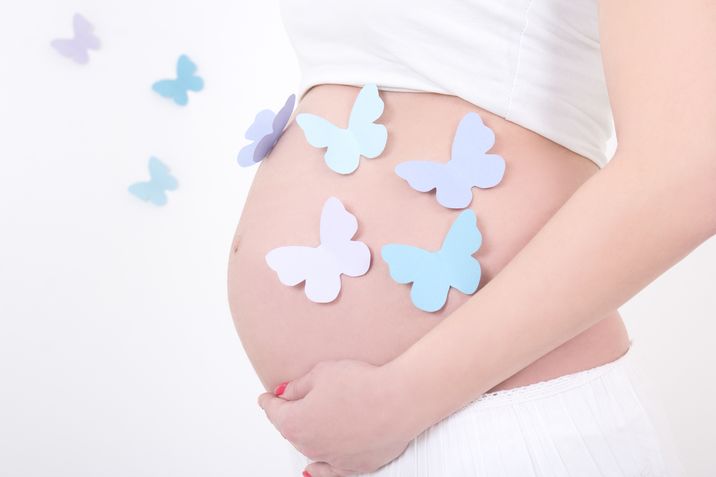 Did you know, that if each living human got an equal space on Earth’s surface (i.e. the territories currently unhabituated), it would amount to approximately 31 square meters?

Did you know, that all the living humans’ DNA could be placed into one teaspoon, weighing 1.2 grams altogether?

Did you know, that any living human is any other’s human relative at 50th generation at least?

Did you know, that a woman’s X-chromosome contains of 433 gens, while a man’s Y-chromosome bears 29 gens only? That means, that women inherit way more attributes, than the men do. So please take care of the women!

Did you know, that 10% of all the pregnancies are terminated by the 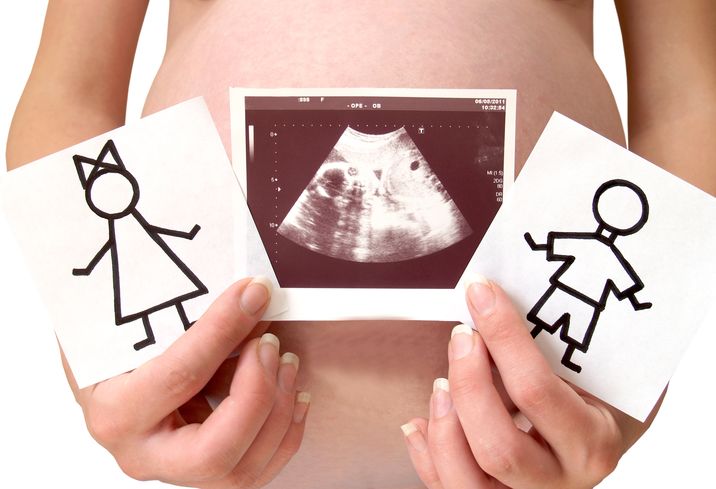 Did you know, that for the reasons unlearned, children, sired at the cold time of year have higher IQ than their warm season-born counterparts?

Did you know, that the more children a woman has, the smaller the chances that the next baby is a boy?

Did you know, that babies got way more bones, than the old humans? A newborn baby might boast with 350 bones compared to an adult’s 208. Many bones are getting joined later in time. Collarbone is the last ‘baby bone’ in a human body, fusing together at 18–25 years. That’s why newborn babies’ collarbone can be broken and fused together with no surgeon’s interference.

Did you know, that a 4–8 WO fetus has a tail? Seldom or never it does not disappear (more frequently it happens to the girls).

Did you know, that a surgery insection, applied to a fetus in a mother’s alvus, heals without any scars? 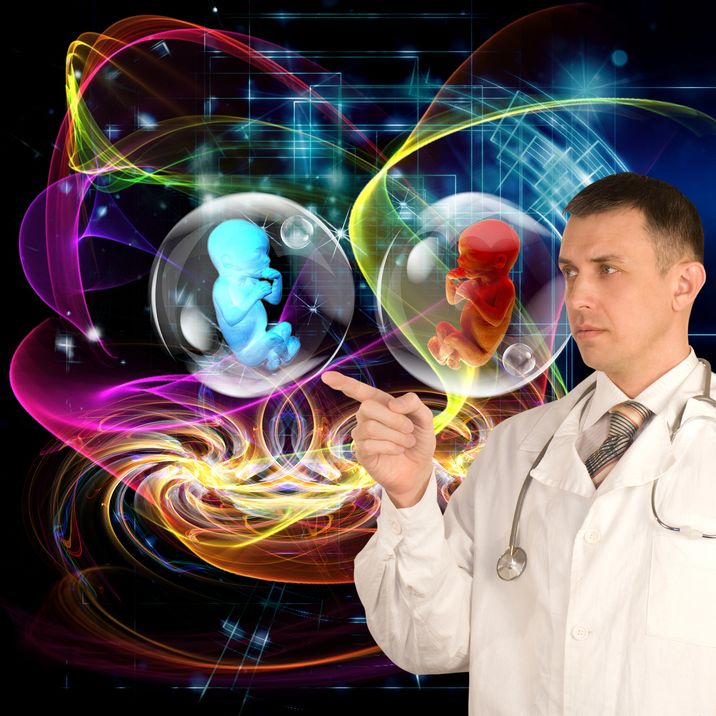 Did you know, that an amount of childbirths grows when the air pressure gets lower? Some say it’s caused by the fact, that the waters tend to burst at any air pressure fall, which leads directly to the beginning of the delivery process.

Did you know, that boys are mostly born within the period from dusk till dawn, while girls are delivered mostly from midnight until afternoon? Scientists got no idea about the reason for such diversity.

Did you know, that a born baby’s nails develop 15 weeks before it’s born?

Do you have any idea on how long shall it take you to deliver you first child? A woman, giving birth for the first time, should prepare to 185–250 contractions during 8–12 hours.

Most mothers tend to speak to baby girls more frequently than to the boys.

Did you know, that the IQ-tests, performed by British sceintists, have shown, that the breast-fed children are in average 8 points ahead of children, fed from a bottle?

Did you know, that the breast-fed children rarely have the crooked teeth?

Did you know, that the most births happen from 3AM till 4AM?

The first life’ gigasecond equals to a billion of seconds – or 32 years.

Did you know, that a human brain smells like green cheese?

There are solid proofs, that you loose 100 calories if you knock your head against the wall any other 10 seconds. That being said, we don’t recommend this way of weight loss.